The coverage of Russian-Ukrainian Conflict in Mainstream Media of UK

This research article intends to find the role western media played in the conflict between Russia and Ukraine. For this reason, the research methodology opted would be qualitative content analysis. As a matter of fact, the stance of Russian and Ukraine bears pivot importance in the findings and the response of media on the stance is the main motive behind this research. Evidently, UK is the main party in this conflict as it has been supporting Ukraine openly and is one of the main members of NATO and EU. Undoubtedly, the Daily Mail and the Guardian are two prominent newspapers of UK, and have covered the conflict very closely but the role they played is to be determined that whether they contributed in escalation of the conflict or the de-escalation under the light of Peace Journalism Theory, also if they followed UK’s foreign policy under media conformity. Nevertheless, the conflict between Russia and Ukraine (west) is the off shoot of many blunders and miss-handled events of past and even present. That is, it all starts back in 1917, with the Bolshevik revolution and continues till date. Meanwhile, the recent triggered escalation of tension followed by full blown war between the two countries came out as a result of two main factors, First, being the main issue, the inclusion of Ukraine in NATO and EU, and second, the Nord Stream 2 gas pipeline. To mention here, these would be the events to be the center of our focus throughout the research. In totality, Guardian is going with War / Violence approach while supporting UK’s foreign policy and in contrast Daily Mail is adhered to Peace / Conflict Journalism while supporting UK’s foreign policy as well. 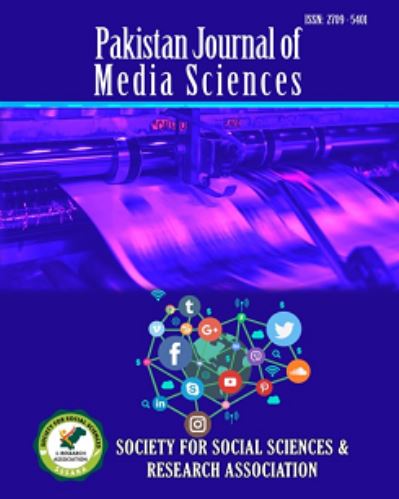 Tareen, A. K. . (2022). The coverage of Russian-Ukrainian Conflict in Mainstream Media of UK. Pakistan Journal of Media Sciences, 3(2), 111–147. Retrieved from https://media-sciences.com/index.php/pjms/article/view/146
Download Citation