Relations between Pakistan and India have been hostile since the Partition of the subcontinent (1947). In addition to the three major wars, a limited-scale war has been fought between the two major South Asian nations. In 2019, these nuclear-armed countries once again reached the brink of war. On the night between February 25 and 26, 2019, Indian warplanes crossed the Pakistani airspace and reached the Balakot area of Mansehra District in Khyber Pakhtunkhwa Province. The Indian planes dropped the payload at a place called Jabba in Balakot and flew back. Suddenly, relations between the two countries soured, and peace in South Asia was threatened. The next day, February 27, Indian warplanes again made air strikes, however, this time the Pakistan Air Force shot down the Indian MiG-21 fighter jet in Kashmir. The pilot was captured alive and handed over to India.In this research study, we looked at how the Pakistani print media covered the Pak-India tensions, Is the Pakistani press reporting on an objective basis? Or take care of the sanctity of the news? Did you cover the incidental news or did you fail to convey the pure news to the people? To find the answers to these questions, two old national newspapers of Pakistan, Jang and Nawa-e-Waqt, were selected. In order to see how these newspapers presented the news in the days of tension, the front page of the said newspapers was chosen, and the conclusion was drawn through the scrutiny of the news. The result was that these newspapers reported on the statements and claims of the Pakistani government and military officials instead of field reporting. What a bloodbath of objectivity and impartiality as well as of journalistic principle. 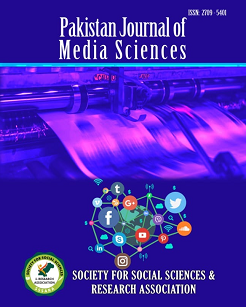